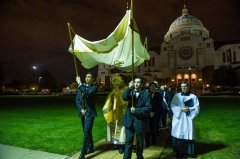 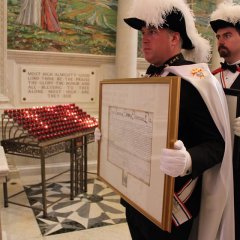 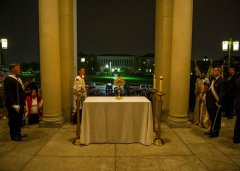 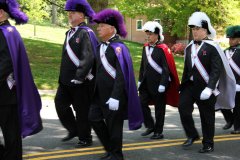 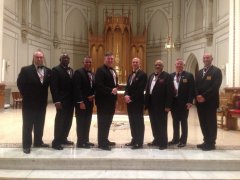 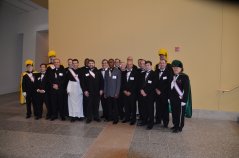 WASHINGTON, D.C. -Retired U.S. Navy Rear Admiral Garry E. Hall has been appointed to the National Review Board of the United States Conference of Catholic Bishops (USCCB). The appointment was announced this week by Archbishop Joseph E. Kurtz of Louisville, Ky., USCCB president. 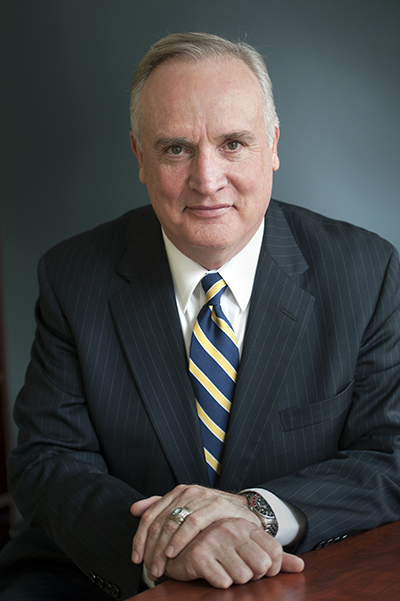 SK RADM Garry Hall, USN (RET) Color Corps Commander for the James Cardinal Hickey AssemblyThe USCCB established the National Review Board in 2002 as a consultative body of lay individuals tasked with reviewing the annual report of the Secretariat of Child and Youth Protection on the implementation of the Charter for the Protection of Children and Young People. It is part of the church’s ongoing efforts to prevent and combat clergy sexual abuse of minors.

Rear Adm. Hall already chairs the Review Board of the Archdiocese of the Military Services, USA (AMS). He is the CEO and president of the Association of the United States Navy (AUSN) and an active member of the Knights of Columbus (K of C). Rear Adm. Hall holds a bachelor’s degree in marine engineering from the U.S. Naval Academy, and an MBA from Southern Illinois Unversity at Edwardsville (SIUE).
In his 35 years on active duty, Rear Adm. Hall served as an aviator and risk management specialist, operating mainly in the Pacific. Rear Adm. Hall commanded two helicopter squadrons, the capital ship USS Tarawa, and an expeditionary strike group; and he was commandant of the Eisenhower College of National Security and Resource Strategy at National Defense University.

His Excellency, the Most Reverend Timothy P. Broglio, J.C.D., Archbishop for the Military Services, nominated Adm. Hall for the National Review Board seat and applauded his selection.

"Once again one of our Nation's military leaders has stepped up to the plate to offer the wealth of his training and experience to serve the Church. I have been grateful for Admiral Hall's leadership on the AMS Review Board and I am confident that these additional duties will enrich the work of the National Review Board."

Rear Adm. Hall said he was honored to accept the position:

"I am deeply humbled at this opportunity to serve the U.S. Conference of Catholic Bishops. I look forward to bringing my leadership experience in the Navy to the charter for protecting children and young people."

In addition to Rear Adm. Hall, the USCCB named to the National Review Board Mr. Ernest Stark, a long time Catholic school educator and administrator. Mr. Stark currently serves as chair of the review boards for several religious communities including the Augustinians, Carmelites, Passionists, and Benedictines, and he is a member of the review board of the De La Salle Christian Brothers. Mr. Stark has served as a teacher and administrator in Catholic secondary schools and colleges for fifty years.

Also this week, the USCCB appointed Dr. Francesco C. Cesareo, Ph.D., president of Assumption College, Worcester, Massachusetts, to a new four-year term as chairman of the board.

Friends, Family, Members of the Hickey Assembly and the community are encouraged to attend an awards dinner celebrating and honoring the outstanding ministries of Holy Comforter Saint Cyprian Parish and St. Benedict the Moor Parish.

The Spaghetti Dinner, hosted by St. Cyprian Council 10008 on June 11th from 6-9pm, will include spaghetti, meatballs, bread, salad, and desserts with a suggested donation of $5 per person.  Tickets will be distributed after all masses in May or may be ordered by contacting PSD This email address is being protected from spambots. You need JavaScript enabled to view it.. 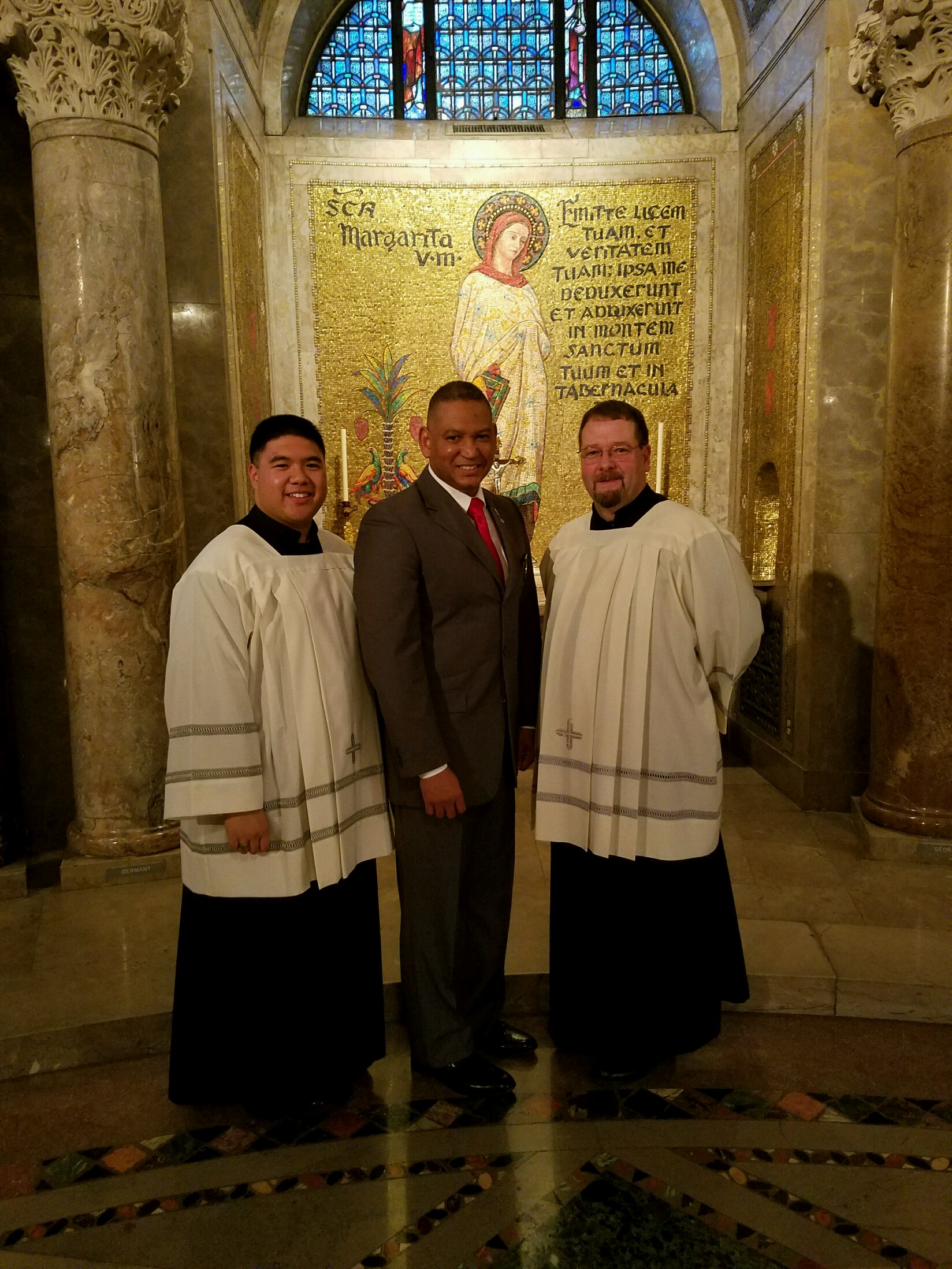 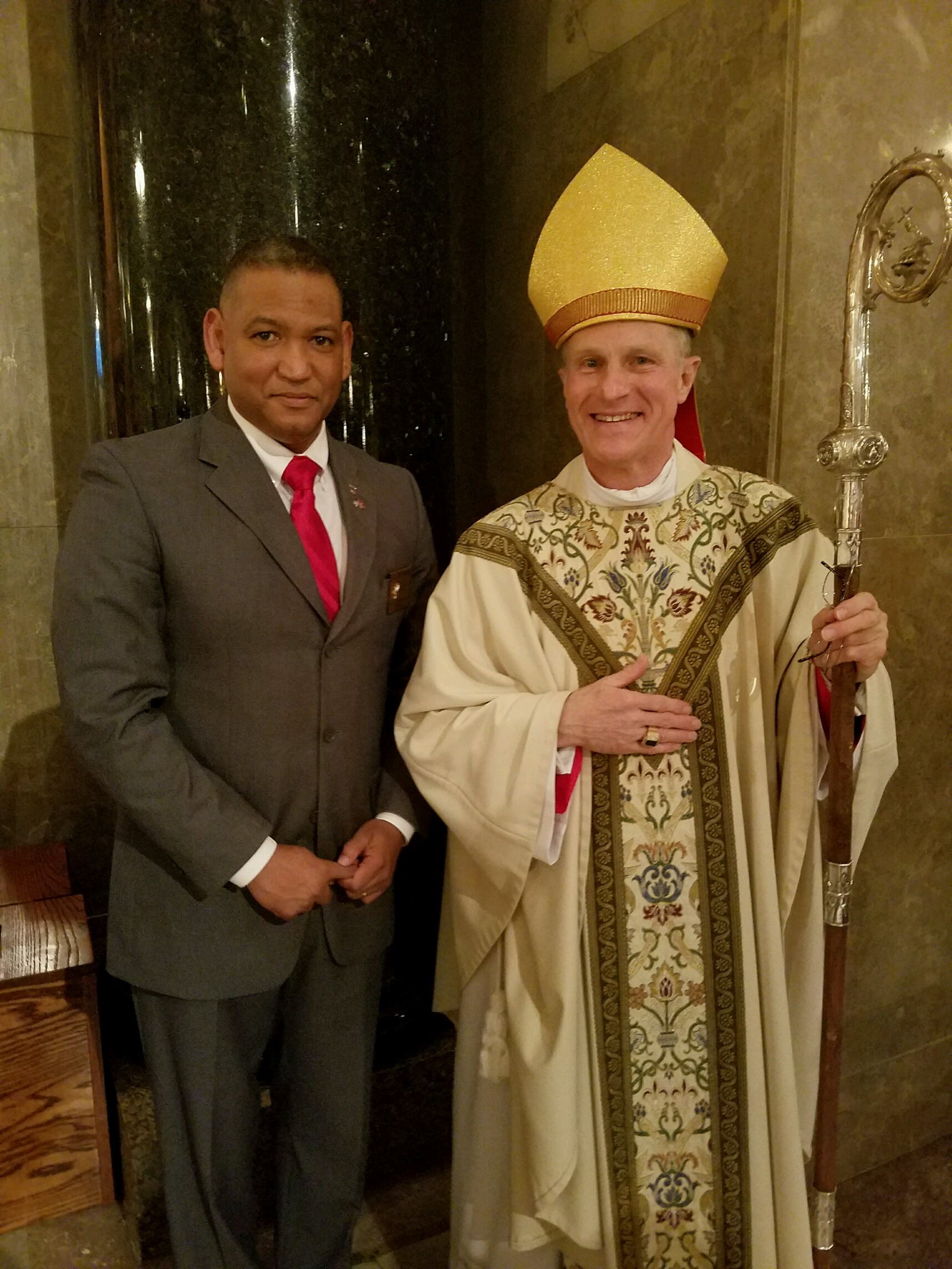 The Knights of Columbus, animated by its core principles of charity, unity, fraternity and patriotism, has a long history of serving the military. Its celebrated Army Hut program provided hospitality for members of the military throughout Europe during the First World War. Since then, the Knights has helped sponsor war relief activities, education programs for veterans and sponsorship programs for military chaplains, in addition to providing Catholic spiritual resources for military members and a steady stream of volunteers to the more than 135 VA medical centers. More recently, the Knights has partnered with the Gary Sinise Foundation by providing funding to help complete the construction of computer equipped custom smart homes for severely wounded heroes.

To learn more about the Warriors to Lourdes Pilgrimage, or to make a donation, please visit WarriorsToLourdes.com

Presidents' Day Message from the Knights of Columbus