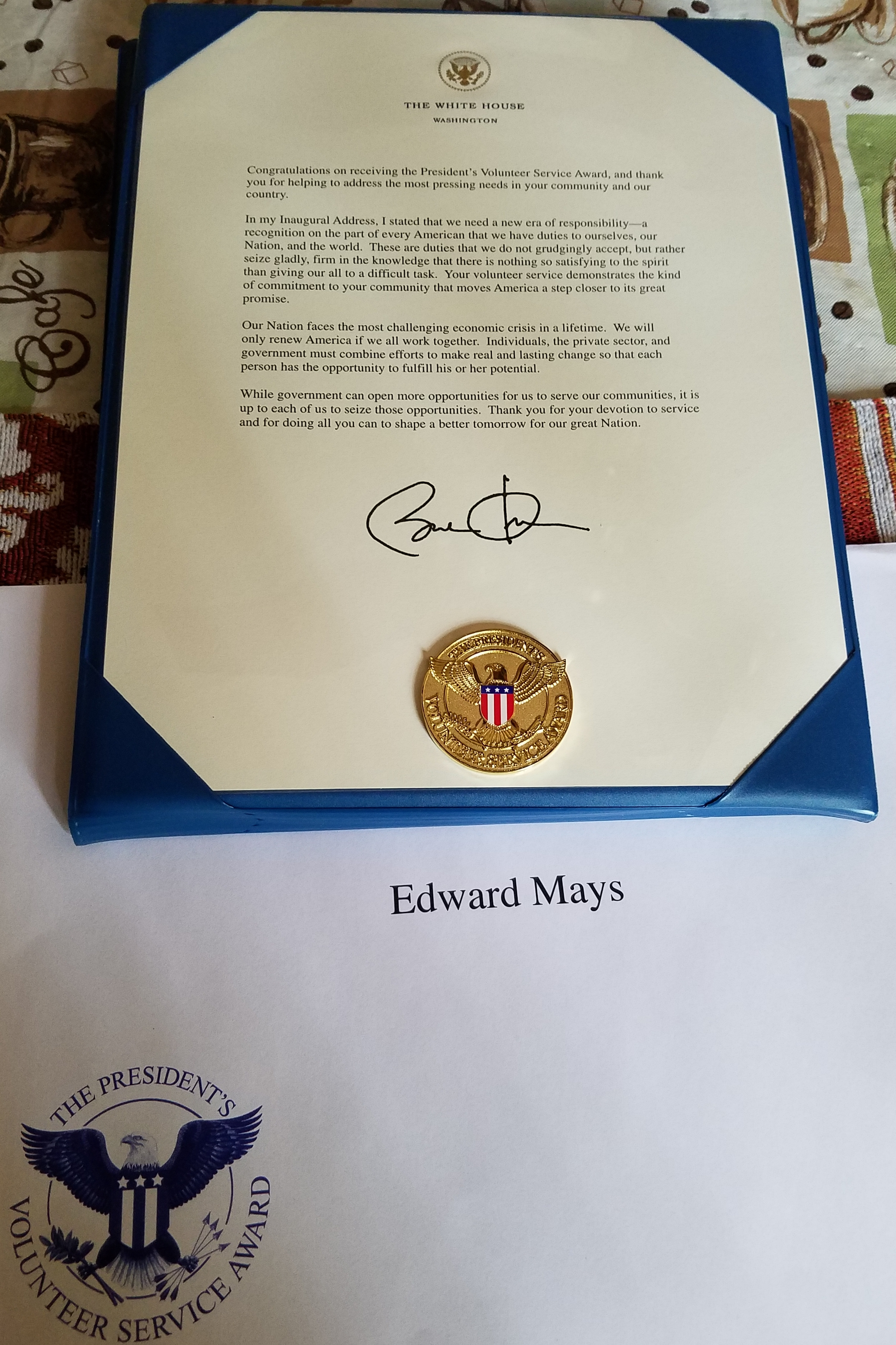 President Barack H. Obama awarded Col. Edward J. Mays, USMC (Ret), the Faithful Navigator of James Cardinal Hickey Assembly #2534 of the Knights of Columbus, the Gold-level of the President's Volunteer Service Award for over 500 hours of volunteer service rendered in 2015.

The President’s Volunteer Service Award recognizes United States citizens and lawfully admitted, permanent residents of the United States who have achieved the required number of hours of service over a 12-month time period or cumulative hours over the course of a lifetime. Hours are measured over a 12-month period and awards are designated based on cumulative hours. The awards are offered in multiple levels and are designed to recognize each milestone of your service achievement. Levels include bronze, silver, gold and the highest honor, the President’s Lifetime Achievement Award for those who contribute more than 4,000 hours of service in their lifetime.