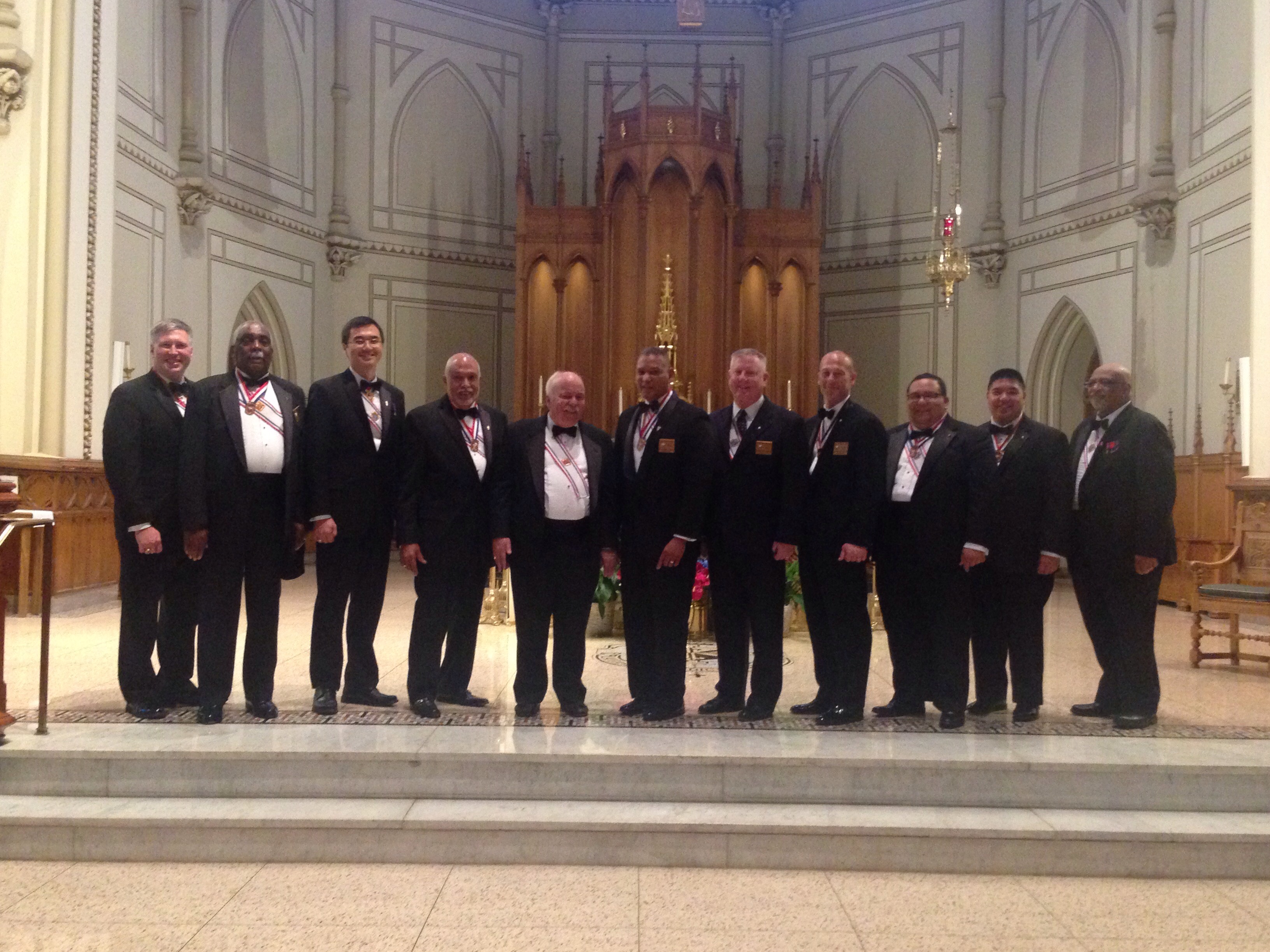 Officers of the James Cardinal Hickey Assembly of the Knights of Columbus' 4th Degree were installed by District Master John Winfrey following Mass on the Feast Day of St. Dominic at St. Dominic's Church in the nation's capital.

The new field of officers (Five first-time Assembly officers) features members from Councils throughout the City, including two College Councils, and four officers under the age of 35.  The Officer Corps also boasts one active and three retired Colonels.

Led by retired Marine Corps Colonel Ed Mays, the Assembly heads into its 18th year with posturing for a strong and vibrant future.